Posted at 08:21h in Blog by Rimsha Author 0 Comments

A Linux server is a powerful Linux operating system derivative intended to manage the more challenging commercial systems demands, such as network and system maintenance, database management, and web servers. At The Email Shop In this post, we will examine 8 advantages that you have to remember when selecting Linux.

For their reliability, protection, and flexibility benefits, the best Linux server is also preferred over other server operating systems. CentOS, Debian, Ubuntu Server, Slackware, and Gentoo are the leading types of Linux servers.

Why choose the Best Linux Server?

Do you set up a new server and ask which OS is the best for you? For decades, Linux has been the first option in server hosting, so why should I prefer Linux? Since it was launched over 25 years ago, it has grown steadily. While it does not have the highest market share, it still competes worthily with conventional proprietary alternatives. 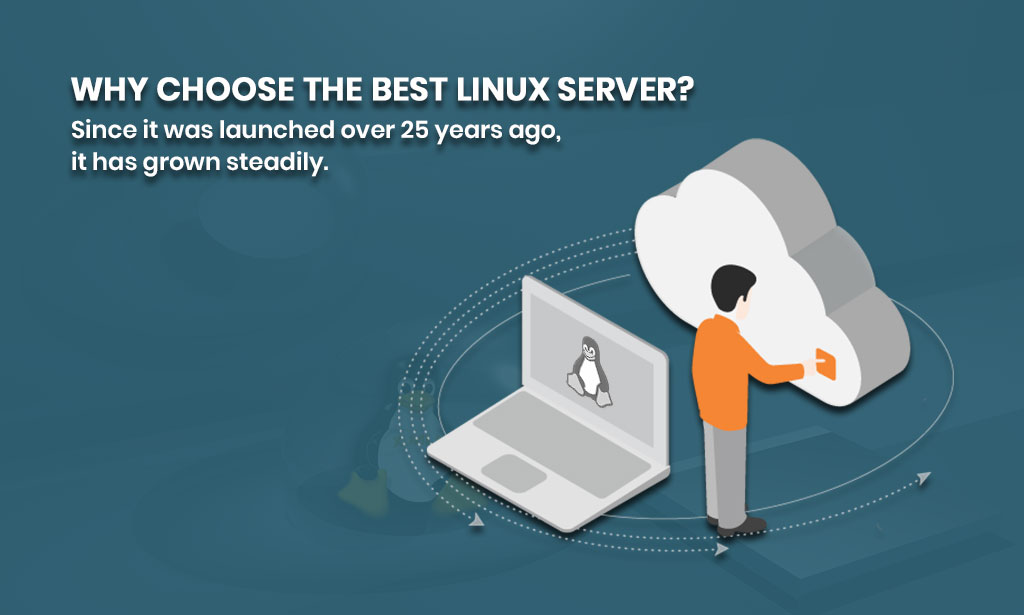 Linux is the Free Open Source Software, unlike Windows and Apple Mac OS.

Most of the software is based on Windows or Apple OS, However, Linux belongs to no one. It is a joint endeavour, and everybody should participate freely.

This strategy is intended to promote creativity and the exchange of knowledge. In principle, the program continually evolves with new concepts.

As a consequence, no Linux version per se exists. Linux is the OS kernel name, allowing many of the best Linux server distro for home development.

Linux is a superb budget-friendly choice. With free updates from the earlier edition, Windows 10 has hooked several people. But a Windows Server copy costs up to $20 a month. You will invest substantially more than you like for Linux as you add other desired Linux server software.

This is where Linux carries out the open-source nature. The Linux kernel and much of the app library are free of charge.  OS? Free apps? Even the most common server apps are free. Total operating system expenditure: $0.

Linux thus provides an enormous advantage for those who know the budget or even those who think comparable Linux server OS alternatives are too expensive.

3. It is easy to program

Linux is an excellent development tool. Linux is also planned to be tinkered with at its heart. This philosophical approach contradicts Windows and Apple’s more strict existence. The modularity of Linux ensures that a local program test setting can be recreated.

Software makers can train with Linux. Linux is modular enough to help whether you want to look at the source code or create a program from scratch. As will be needed for best Linux server applications, most Linux software is not protected under a final-user license agreement (EULA). Most Linux software has only agreed to the free and open-source version.

No OS is covered in iron with assaults on apps. Then why do you use Linux next to others? For decades Linux has generally escaped from major cyber-attacks. First, the open-source aspect of Linux makes it possible to detect and patch bugs easily. Brainpower on the planet is worth it to patch problems. In-house departments and strict testing periods are required to issue patches for owned operating systems.

Their smaller market share is also part of the gain. The giants of the OS distribution remain Windows and Apple. But that’s still juicy goals for them. Linux has fewer companies and Linux home servers compared to others. This suggests that hackers and malware authors have fewer incentives to create Linux consumer malware.

The habit of slowing down over time is a big weakness for Windows. Some reasons contribute to this. Spyware, adware, and even innocent background programs will slow down a device. But part of the issue is crucial for Windows, which it uses to monitor installs with the internal database.

For Windows users, defragments and formats are a living thing. But no registry is available on Linux. It does not use the tricky NTFS format of Windows either.

You are forced into a certain structure if you want a proprietary OS. The creator selects how the OS works and what priorities should be.

However, the personalized nature of Linux allows the user more scope. You will also determine the exact needs of your option for a distro. You may use customized variants from this distro to adapt your workspace if you have some priorities for your setup.

The enormous range of free software enables people to select and adapt to their needs. For example, Windows has a limited open-source pool of Office alternatives. However, on Linux, the option is open-source, so there are plenty more available alternatives.

Even the standard interface is extended. Windows offers a limited number of configuration change options. This is laughable in comparison to the modular essence of Linux. Linux users should expect any part of the UI to suit their needs to be mixed, combined, and adapted.

Are you sitting around an ancient machine? Is it too powerless for advanced computer technology to think?

The sheer diversity of Linux distros ensures that even on low-end platforms, you already have plenty to run. Maybe they aren’t as complete as an OS, but you can use them to resurrect forgotten equipment.

An obsolete computer could be a big reason for trying Linux. Install a simple Linux OS and respond “why use Linux?” for you if this won’t work for anything else.

There was much conversation under Windows 10 about lack of privacy. To profile its customers, the OS now collects more than ever before.

This enhances usability for others. Others are invited to their laptop by Big Brother. Why then use Linux for confidentiality?

Software from Linux gathers little to no user info. And Linux is so personalizable that you can discard it and substitute it with something else if you believe a piece of software is doing worse than it should.

The response to “Why to use the best Linux server” might be seen from the explanations mentioned above. At The Email Shop, we describe how a Linux server can help us. Linux has plenty of things that make it ideal for choosing it. But why not now try Linux and figure out if it’s right for you?