Posted at 09:09h in Blog by Rimsha Author 0 Comments

Let’s talk about the vulnerability that is affecting hundreds of online businesses –ISP DDoS. DDoS is a type of disruptive cyber-attacks that hackers or cyber-criminals use to prevent their intended Internet users from accessing the Web Service, network utility, or host computer. The DDoS targets have saturated the machine and its supporting services with thousands or millions of unnecessary requests.

DDoS attacks differ in that they come from remote or several origins or IP addresses from traditional Denial-of-Services cases. Here at The Email Shop, I will describe the ISP DDoS meaning and how ISPs manage the DDoS charge.

DDoS events are closely linked to botnets where hackers take over the power of thousands of internet-connected computers and then deliver those devices simultaneously to the target during orchestrated attacks. However, in recent years, hacktivist gangs and criminal organisations have increasingly started using easy to get and easy-to-use attack techniques. This DDoS attack app, such as WebHive LOIC, was developed as a cybersecurity specialist method to carry out website “stress checking.” They aren’t able to conduct a significant ISP DDoS attack in standalone cases. However, if many stressors, whether by a botnet or a cloud, are orchestrated, these attack instruments will take long-term offline commercial websites. 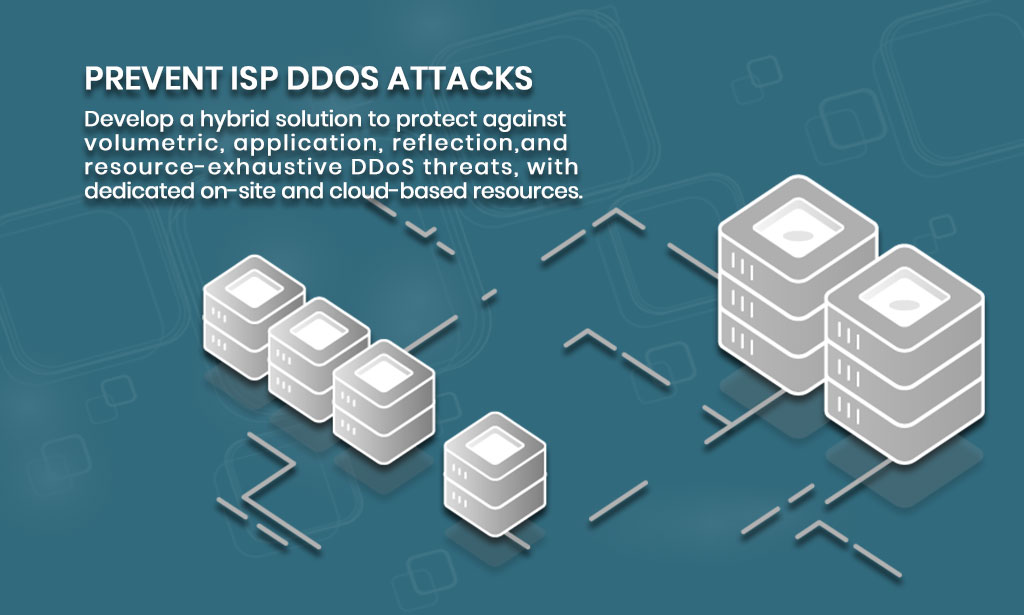 How do ISPs manage the DDoS security charge?

Malicious traffic has long been a concern for Internet service providers (ISPs). The fact that ransomware, botnets, and distributed Denial of Service attacks (DDoS) have grown in scale, complexity, and frequency has made it even harder for ISPs to provide “clean cable” in the last several years.

The DDoS threat, in particular, reduces the availability of Internet services worldwide. Luckily, some ISPs play a constructive role in preventing this hazard.

ISP networks are tempting targets of DDoS attacks because of their wide attack surfaces and broad profiles. Increased capability for funnelling threats against its users is available from the service provider. The DDoS hazard expands as suppliers grow – add or increase the scale of their connections. DDoS is easy to target and will remove an ISP in a few unusual instances.

It isn’t shocking that many conclude that ISPs are obliged to properly guard against DDoS assaults because they are the conduits of Internet access for companies. Business clients are beginning to understand that internet traffic is rising, and both its stability and its bottom line are threatening. Overwhelmed by safety challenges, companies constantly require their ISPs who feel the need to “clean tubing.”

The tide is turning

Internet carriers need to give “clean pipes,” but meanwhile, without making judgments on its contents, they feel constrained by net neutrality legislation that directs traffic from one destination to another. This agnostic position sees all packets the same and moves their end-users with traffic – positive and bad.

However, the tide is changing; many ISPs have distanced themselves from the conventional position, and in recent years, two things have changed. Initially, the complexity, scale, and frequency of DDoS attacks have increased, rendering it essential and urgent that ISPs offer customers DDoS safety. Secondly, technological solutions against DDoS have developed in the past few years so that not only DDoS traffic can be detected and blocked automatically but affordably.

Modern anti-DDoS technologies can be used to block bad (DDoS) traffic – including program layouts and multi-vector attacks – at the interface and transit points of the ISP network on a granular basis while allowing for the transmission of successful and valid traffic. This covers the ISP’s network and downstream clients. The use of DDoS security on the network edge is much better because you can never even advance poor traffic instead of thinking about consulting attorneys who have “suspected” traffic inspected and stopped.

The guarantee that ISP consumers have a safe, secure pipe is a win-win case. Optimum network efficiency gives added benefit and a big competitive difference to an internet connection. DDoS security is an important sales point for potential buyers and a “no brainer”. Carriers using advanced DDoS technologies will achieve a strong competitive edge and create consumer loyalty.

Studies have shown that consumers demand DDoS security – and are prepared to pay for it. Removing the DDoS challenge at the network’s edge thus creates an incentive not only for the ISP and its customer but also for incremental revenues to be generated. Increasing advanced DDoS mitigation in their service offers enables ISPs to build lucrative new income streams; therefore, they can recover the expense of their DDoS solution within months.

ISP DDoS protection is needed more frequently and more potently, rendering it a “must-have” part of corporate security. DDoS security protection is more essential than ever. It is natural to have such security by ISPs, gatekeepers for internet access. With more efficient and inexpensive DDoS technologies than ever, ISPs can now efficiently defend their network against DDoS attacks, eliminated service outages and attack bandwidth losses, and produced incremental customer service and annuity revenue.

Far too many substantial changes in legislation are only occurring after a disaster has occurred; only then is the public pressure, urgency, and political will to make compromises to bring about substantive progress. Solve the distributed global attack service denial until such a disaster strikes can be completed. As outlined above, it is feasible, with realistic teamwork, to mitigate many of the big DDoS attacks. More specifically, work together rather than stand-alone will help to resolve a basic issue.

Implementing a defence infrastructure for detecting, preventing, and answering ISP DDoS attacks is a key phase in an efficient cybersecurity strategy. DDoS (Distributed Denial of Service) attacks constitute a vulnerability that is evolving. The main national coverage is now paid on massive service outages from big-name stores and major financial service organisations. However, hackers generally target lower-intensity DDoS attacks that are harder to spot and remedy in government, schooling, travel and hospitality, technology, utilities, and other industries. For more information related to this topic, contact The Email Shop experts.